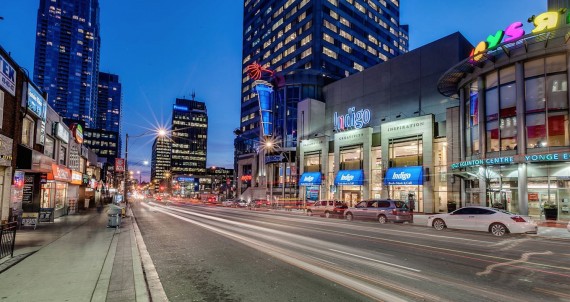 The Midtown area of Toronto spans from Bloor Street to Eglinton Avenue and encompasses the St. Clair, Davisville, and Yonge-Eglinton neighbourhoods.

Midtown enjoys a balance between the rush of downtown and the calm of uptown, however, everything you could want in a neighbourhood is within a ten minute walk. Mom-and-pop grocers and butchers, as well as international retailers, line this stretch of Yonge between St.Clair and Eglinton up to Lawrence. Midtown’s many bars, restaurants and theatres provide a nighttime spark while the neighbourhood’s many parks provide calming green space for weekends and days.

Midtown is consistently reinventing itself as major new developments rise up into the sky, especially near Yonge-Eglinton.