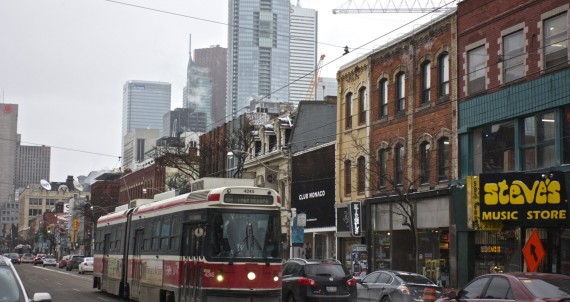 Named the second hippest district in the world by Vogue Magazine, Queen West is Toronto’s trendy neighborhood. Originally known as the Fashion District and the Art & Design District, an extensive array of clothing stores, boutiques, salons, studios, and galleries are found here.

Also found in Queen West is the Four Seasons Centre for the Performing Arts, home to the National Ballet of Canada and the Canadian Opera Company, and Much Music, the hosts of the Much Music Video Awards which turns the street of Queen West into a celebratory party every June.

A mix of lofts and condominiums are available in Queen West ranging from the luxurious Shangri-La to the converted Chocolate Co Lofts.